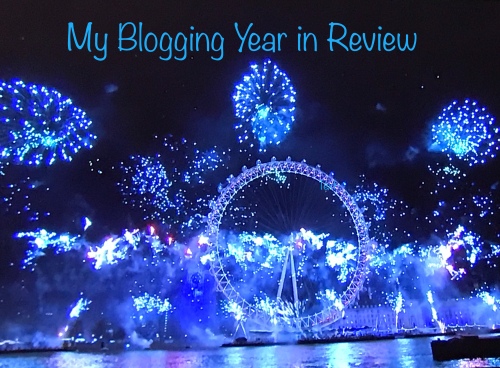 My 2017 blogging year didn’t go quite as planned. Two posts a month was what I promised. And with 33 for the year I ever so slightly overachieved. So unplanned in a positive way. This number was down significantly on my 2016 total of 60+ posts, but deliberately so. I continue to enjoy researching and writing. I also find the process helps me to focus on, and review, my personal family history research. But keeping volume up, alongside quality and interest, is a tricky balance. Hopefully I achieved that balance in 2017.

The Headlines: Despite the reduced output my blog did not suffer. It had 20,649 views. I feel slightly giddy and ever so grateful that folk actually looked at my random stories and thoughts about family and local history. In 2015 I averaged roughly about 322 views per month. In 2016 this grew to over 1,000 per month. Roll forward to 2017, and it achieved over 1,700 per month.

My Best Day: 28 July 2017 had an amazing 662 views. For hard-core bloggers that’s not many, but I feel hugely privileged so many people took the time out to engage. Sunday is now my most popular day, with 22% of views. And, once more, the golden hour is 8pm.

How Did They Find You? Facebook was the primary referrer with over 5,000 clicks leading to my site. Search Engines accounted for almost 4,000.

Where Did They Come From? The global reach of WordPress continues to astonish, with views from around 80 countries. Unsurprisingly, as I’m based in England, over 13,000 were from the UK. Almost 4,000 reached me from the USA. But I had views as far afield as Rwanda, Fiji, Venezuela, Albania and Lebanon (one from each of those countries). So if you’re reading this a huge thank you!

I also loved reading the comments I’ve received indirectly via Facebook and Twitter, or directly on my blog site. Some of these have resulted in new direct family history connections with distant cousins. Others have been from descendants of those named in my research. Again, thank you for getting in touch.

Top Five Posts of 2017: Other than general home page/archives and my ‘about‘ page, these were:

So a real mix of posts ranging from topical family history issues, to DNA and general history and local history tales. This snapshot really sums up what my blog is about. A bit of my family history, interspersed with general genealogical topical updates, and a smattering of local history posts about the lives and times of my ancestors and the communities in which they lived.

The Ones that Got Away: These are a few of my favourite posts which didn’t make the top five:

What Does 2018 Promise? Well, as in 2017, I aim to do two posts a month. I’ve lots of ideas for these, including some in-depth research pieces. In this centenary year of the Armistice, some will definitely have a Great War theme. Others will have a more general family or local history context. And, of course, there will be the occasional topical offering when something big hits the genealogy news. Hopefully these topics remain relevant and interesting, but any other suggestions would be welcome.

The big question, as ever for me, is time. 2018 promises to be a busy year personally and professionally. This may impact on my blogging output, as I do need to focus on my family history client research work, the final year of my assessed genealogy course and my book. I’ll have to see how it pans out.

But whatever my blogging year holds, thank you for reading, engaging and supporting.

Wishing you a happy, peaceful 2018 filled with family history fun!