This is the final part of my examination of child employment in the silk industry. I have already covered the background of the industry, numbers of children (Part 1), type of work undertaken, children’s ages, working conditions, health (Part 2) and the impact of the Factory Acts (Part 3). In this post I will focus on the peculiarities of the industry, and how these ultimately affected the numbers of child workers employed in it.

The peculiar circumstances which made legislators wary of interference are related to the uncertain economic nature of the silk industry. These vagaries probably account for the greatest part of the decline in child employment. A recurrent theme in the various Commissions and Select Committees was the factory owners’ protestations that child employment was an absolute necessity if the English silk industry was to compete with foreign trade.

The mid 1760’s to 1826 marked a period of protection for the English silk industry. Fully manufactured foreign imports were prohibited and duties on other silks were proportionately high. Even though smuggled goods did manage to sneak in, this prohibition bolstered an industry incapable of thriving on its own merit. From 1815 onwards, following the end if the Napoleonic Wars, French silk started to arrive in the country in greater quantities and initially caused a slight slump in the home grown industry; however by the early 1820’s it had picked up. The major blow came in 1826 when a new, lower tariff came into operation. This was further reduced in 1828 and 1845, becoming a 15% ad valorem duty on manufactured silk. It was finally abolished for French imports in 1860 with the Anglo-French treaty, signalling a move to European free trade.

The effects of the 1820’s legislation relaxation can be seen in Table xxxx, with the increasing weight of thrown silk imports which in turn took jobs away from English throwsters. The main issues with competition included:

Macclesfield, the major silk manufacturing centre in England, suffered a terrible depression between 1826-31. It is estimated the numbers engaged in silk manufacture fell from over 10,000 to under 4,000; wages were less than half their former rate; under-employment and short time became prevalent; and the number of silk factories in operation fell from 70 in 1826 to 41 in 1832.

Over-expansion in previous years due to protection was in part to blame. Additionally the lowering of duties left the country open to competition from areas much better suited to silk manufacturing. The 1831-32 Select Committee into the trade heard from a series of mill owners describing the terrible conditions. The depression and loss of trade was attributed to “the introduction of foreign thrown silks; to the introduction of manufactured silks which both oppress the throwster and manufacturer, from having goods brought in, the manufacturer has less demand for manufactures, and the throwster has again to compete with the introduction of foreign silks.” These were the words of Thomas Willmott, a Sherborne manufacturer, in his evidence to the Committee.

The government took no action in terms of increasing duty. However, the following year, the dire circumstances of the silk trade was taken account with the special treatment afforded it with the introduction of the 1833 Factory Act.

It is also probable that the decline of child employment in the silk industry in the 1830’s was symptomatic of the trade in general: parents possibly chose not to send their children to work in it because of the depressed wages.

The 1860 Franco-British Treaty allowed the duty-free importation of French silk goods. They were cheaper and of far better quality than indigenous ones, so this had a profound impact causing further contraction to the industry at home. 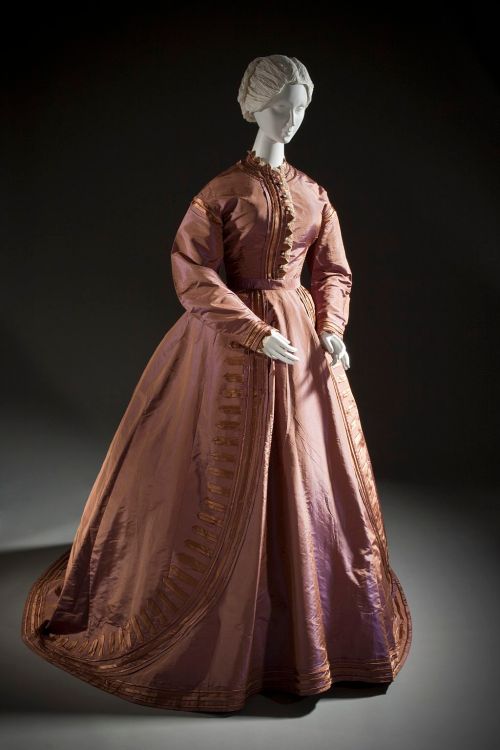 Not only did the silk industry have to compete with French silks, British cottons also proved a rival. Particularly in the period 1790-1849 these fine cottons and lightweight worsteds dealt a severe blow to the silk industry. The quality of British silks was dubious. As stated in volume 2 of “The Textile Industries” by William S Murphy, published in 1895, “Time and again, during the past 100 years, the British public, despairing of obtaining genuine silk, have turned to other less pleading cloths and threads.”

A further factor to be taken into consideration is disease, pébrine, affecting silkworms. This became particularly troublesome between 1853-68 in France and looked like spreading. The disease caused a dramatic drop in silk production until 1868 when the bacilli was isolated and a cure found. Incidentally Louis Pasteur, the French chemist and microbiologist better known for his discovery that germs caused disease, and his work with pasteurisation and vaccines, was instrumental in establishing the cause and elimination of the disease.

In conclusion, the silk industry was a unique branch of the textile industry. It was more susceptible to trade and trend reversals than many other branches due to the luxury nature of the goods produced. This, above all other reasons, caused the decline of the industry as a whole and, by extension, child employment. Factory Acts in the period covered in this study did affect the silk industry, but only in a limited part. Vast, unregulated areas still existed in raw silk throwing and winding as well as in a domestic setting. And the reasons these were left unregulated related precisely to the peculiar circumstances of the industry.