I’m still struggling to absorb the many levels of the amazing remembrance ceremony which took place on 1 July 2016. Still lost for words. Still unable to believe I attended the Somme centenary commemorations at Thiepval. It left me with a complex mix of feelings. It was a unique, emotional, exhausting, exhilarating and, strangely given the context, enjoyable experience. But above all it was an absolute privilege to be one of around 10,000 people present, to pay my respects and remember: from the great and the good, to those ordinary British, Irish and French citizens who were allocated tickets in the public ballot. 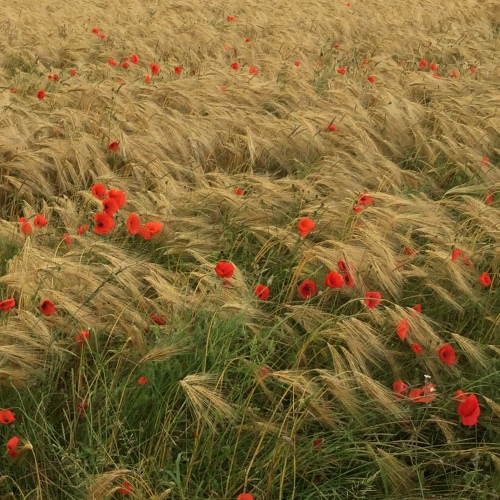 I don’t have any family connections to any of the over 72,000 British and South African officers and men named on the Thiepval memorial, with no known grave. However I do have relatives of direct-line ancestors who died in the Battle of the Somme and have identified graves elsewhere. And the names of 11 men from my parish church, St Mary’s of the Angels RC Church, Batley are etched in the Thiepval Memorial stone: 11 men whose lives I researched:

I applied for tickets in the public ballot last year, as did my husband, Chris. Neither of us were successful initially. However Chris received an e-mail in March informing him of a second chance of tickets if still interested. No question about it. He jumped at the opportunity.  To say we were thrilled was an understatement.

Although we have travelled several times to the area, this time rather than making independent arrangements we booked to go with Leger Holidays on their Somme Centenary Tour. That way we didn’t have the worry of sorting hotels and navigating the daunting exclusion zone which surrounded the area. We also had two full day’s organised tours of key areas of the Somme battlefield with a fabulously knowledgeable guide.

It also meant rather than being individuals we were able to experience the occasion as part of a group. That was, in my opinion, the best way to assimilate and process the emotions of the day: sharing with others who were there. 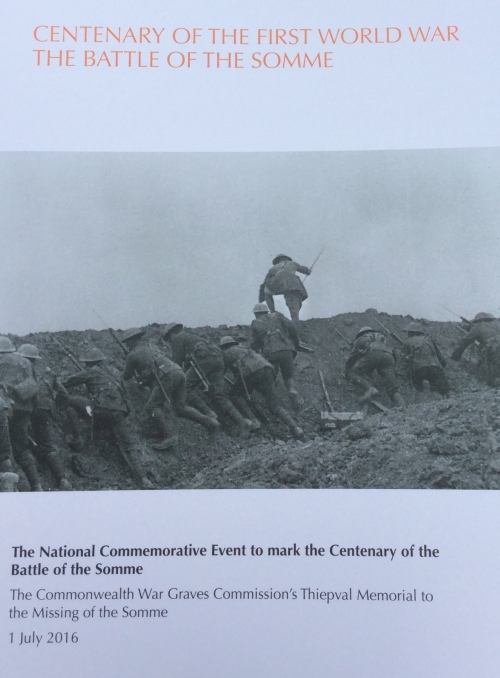 The commemoration was well organised, right from getting to and from the event, through to provision of food and drinks, even down to a goody bag with a poncho in case of rain. And goodness, was that needed at certain points during proceedings, especially given the umbrella ban. Torrential rain showers doesn’t adequately describe the day’s downpours.

And despite the heavy rain showers over a prolonged period in the lead up to the event the site looked perfect. The head gardener told us that planting preparations had commenced three years earlier.

All involved in organising such a complex and sensitive event in front and behind the scenes over many months deserve massive recognition and thanks: from planning, security, ticketing, staging, catering to those performing, showing guests to seats and tidying up afterwards. An incredible achievement. 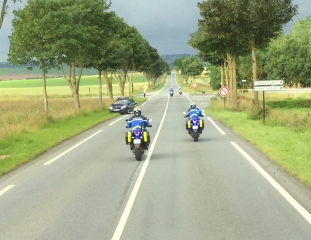 Poncho in Use – by Chris Roberts

The readings and music perfectly encapsulated the themes of honouring and remembering all those involved in the Battle of the Somme from the 1 July start date to 18 November end, reflecting a wide range of nations and roles.

It is difficult to pick any one highlight. If pushed for me it was the hauntingly beautiful Gaelic love song, “An Eala Bhàn”, (The White Swan). It was written during the Battle of the Somme by poet Donald MacDonald, serving with the 1st Battalion Cameron Highlanders, to his sweetheart Maggie Macleod. Listening to those bleak words sung in the crystal clear tones of Julie Fowlis against the backdrop of the Thiepval Memorial sent shivers down the spine.

I came away from the commemoration with an immense sense of admiration and thankfulness for all those who served 100 years ago. But I was also left with a profound feeling of sadness at the immense loss of lives, youth, innocence; with individuals, families and communities changed forever. 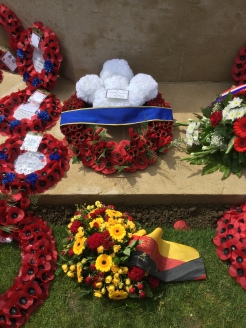 Wreaths laid at the Cermony – by Jane Roberts 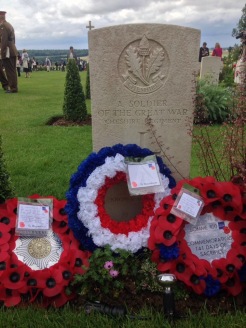 As I mentioned, because we travelled with Leger Holidays we visited a number of other key Somme sites and points of interest during our stay. These included Lochnagar Crater, the result of the detonation of the Lochnagar Mine at 7.28am on 1 July 1916, two minutes before Zero Hour and the launch of the Somme offensive; Delville Wood and the South African Memorial; Devonshire Trench and the scene of the 9th Devons advance straight into ferocious, concentrated enfilading German machine gun fire on 1 July, leaving 160 dead; Sheffield Memorial Park, commemorating the Pals Battalions of the British Army’s 31st Division; Newfoundland Park Memorial at Beaumont Hamel, with its largely untouched ground revealing the scars of shell craters and trenches, as well as its cemeteries, preserved trenches and memorials. This includes the Caribou, one of five on the Western Front, commemorating the Newfoundland Regiment; the town of Albert with its iconic Golden Virgin statue; and Pozières with its Australian connections. 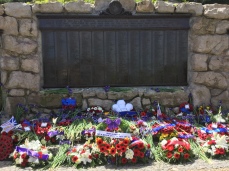 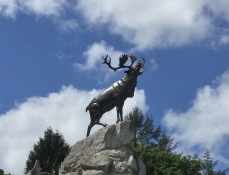 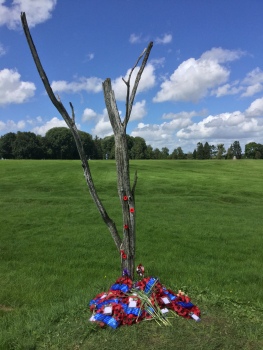 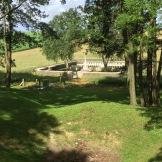 I experienced a couple of take-your-breath away moments. The first occurred at Sunken Lane, the scene of the famous Geoffrey Malins’ film of the 1st Lancashire Fusiliers shortly before they went over the top on 1 July 1916. As we arrived a group of soldiers in Great War uniforms walked towards us, an eerie reminder of events 100 years ago. 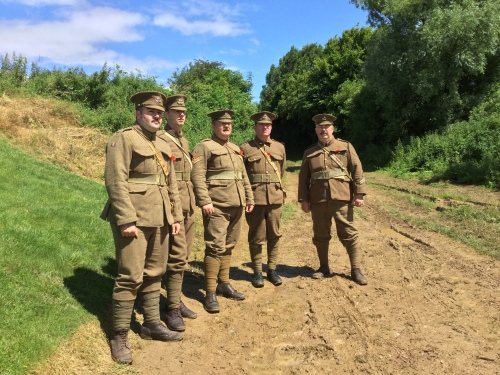 The second was at Ulster Tower. In the midst of another torrential downpour I heard pipe music and saw the top of flags coming towards me from the direction of Connaught Cemetery. The sun came out as the men marched in for a wreath-laying ceremony. As the pipes played “When Johnny comes marching home again” I admit I had a lump in my throat. 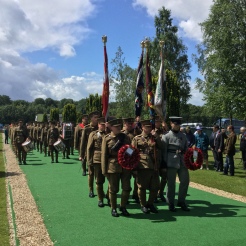 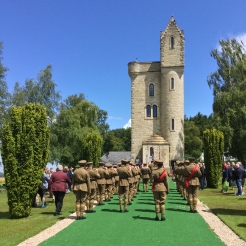 I’ll end with some stats. 1 July 1916, the first day of the Battle of the Somme, left over 19,000 British dead. That was but one day in the 141 days of the Somme Offensive, which finally ended on 18 November 1916. By its end, out of the over 3.5million men who took part across all sides, there were well over one million casualties, dead, missing and wounded. It can however be easy to overlook the fact that the war dragged on for a further 723 days. And it lasted 1,568 days in total, from the first shots on 28 July 1914 to the 11 November 1918 Armistice.