Building on it’s photo colourisation and enhancing tools, you can now animate your family history photos, bringing movement, smiles and blinks to the faces of your ancestors. There are several different animation sequences to chose from.

It’s a clever piece of wizardry, and really does bring your still images to life in a weirdly compelling way. It is easy to use and the results are shareable. Here are a couple I’ve done. The first is of Jesse Hill, taken in around late 1914/early 1915, who I wrote about here and here.

The still enhanced image is below.

The animation can be viewed by clicking this link.

The second is my nana, taken in around 1916. Again the still enhanced image is below, and the animation can be viewed by clicking this link.

And whilst some will love this new feature, there are concerns around potential misuse, with the creation of so-called “deepfake videos.” Some of these fears are discussed here by the BBC.

Personally I’m in the undecided camp over this. It does feel a little disturbing when I view the results. My husband’s reaction was “Wow!” A case of make your own mind up and treat with caution.

The Camera Doesn’t Lie – But the Caption Might. A Lesson in Family History Evidence

This post is dedicated to my dad who died in August 2017, after an almost three year battle with cancer. It is prompted by a photograph which appeared recently on a local Facebook page.

This is the photo which inspired me to write this post. It is a St Mary’s Batley school Rugby League team photo. Apparently under 15s. 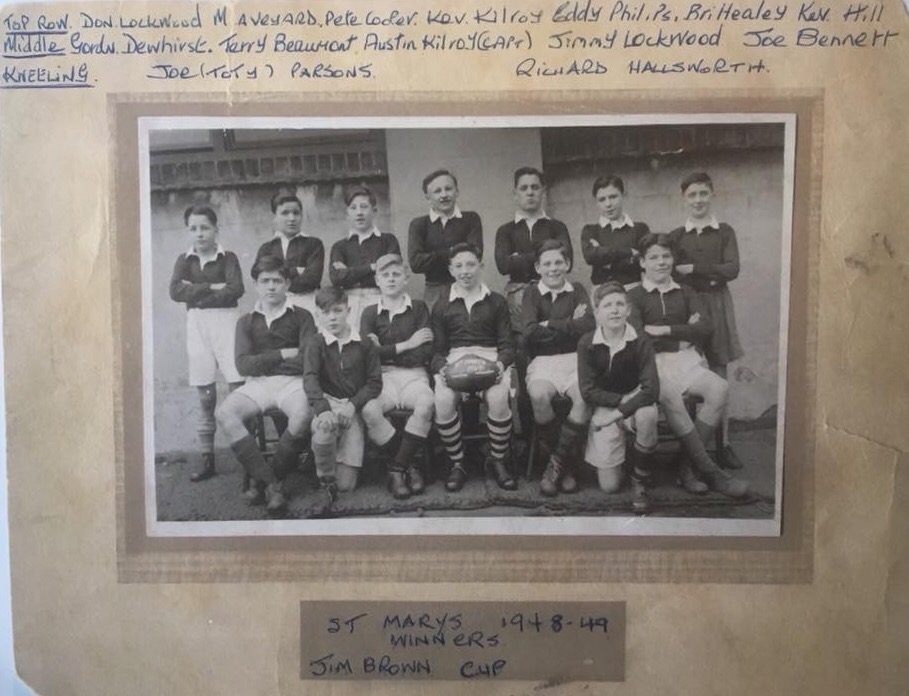 The top right boy is identified as ‘Kev Hill’. My dad. My heart wanted it to be so, but my head said otherwise. It looked more like dad’s marginally older brother, Gerard. Plus dad would have only been about 12 at the time.

I knew dad was a good rugby player, a winger. He was quick, really quick. I know when dad served in the RAF, he played Rugby Union on the wing for them: back in the 1950s Rugby League wasn’t an accepted military sport. Rugby League though was his true game. It was in the family. His uncle, Thomas Brannan, played for Batley. His cousin, Brian Briggs, played for Huddersfield, St Helens and Wakefield. He also represented Yorkshire, England and Great Britain.

One of my earliest memories is dad taking me to Mount Pleasant on a Sunday afternoon to watch Batley play. We’d usually be accompanied by his brother Gerard, and my cousin Claire. It is from those early days watching the game with dad, either live or on TV, that I developed my love of Rugby League.

One of the conversations I had in dad’s last months was how he believed his playing days wouldn’t have been halted temporarily if his own dad hadn’t died when he was three. Dad suffered a bad led injury and, for a time, his naturally protective mum stopped him playing in the lead up to a cup final whilst at school. His mum eventually relented, but it was too late. It meant he missed the cup-winning final. A big deal for him, which almost 70 years later he talked about. It meant he wasn’t on the team photo which was on display in Batley Nash. Maybe it was the team photo in the year or so after the one above.

Anyway, back to this 1948/49 photo. Seeing it knocked me for six. It was the type of photo I’d share and discuss with dad. He’d go through those photographed, identifying them from his school days. But this was the first time ever he’d been labelled on a picture. And I couldn’t ask him about it.

Dad’s younger sister and brother are alive though. And they confirmed my belief. The photo is incorrectly labelled. It’s not dad. It is his older brother Gerard, who died a few years ago. I’d noticed uncle Gerard’s shorts contravened kit rules. My uncle also pointed out that Gerard wasn’t wearing rugby boots, something I hadn’t noticed. It turns out uncle Gerard was late for the team photo. So the family knew the history behind it.

Maybe if this photo had surfaced years later when those who knew dad and his brother were long gone, descendants would’ve accepted the name labelling as correct. Who is to say that the family history photos we have today haven’t been similarly mistakenly named? As with any other family history source it pays to evaluate that source and ask questions. In this case:

So the moral of this story, in life as much as in family history, is question and challenge. Back up with other evidence to build up a body of proof. Don’t go on just one single piece of ‘evidence‘ and don’t go with your heart – use your head.

Dad – Father’s Day 2014, with the Family History Book I wrote for his present