In late November 1915 a local newspaper helpfully provided a “humorous” series of 1915 Christmas “don’ts” to help its readers avoid any seasonal social faux-pas.

These were as follows: 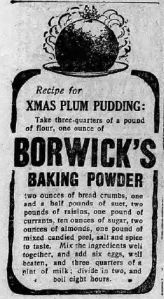 I’m not sure how many of these handy hints would apply to the party season a century on – perhaps they still should! Although an idealistic and possibly tongue in cheek portrayal of life, they do evoke some of the gentility, values and manners of a Christmas 100 years ago. They also provide a contrast to the War raging on the continent.

For me these contemporaneous snippets, with their wonderful phraseology and language, help make family history more than just finding a trail of names and dates. They give a flavour of the times in which my ancestors lived. And you never know, the tips might prove handy this year! 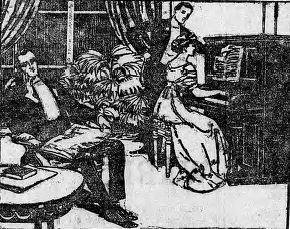 One response to “Christmas Party Tips and Etiquette: 1915”